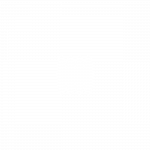 Environmental protection versus progress: who wins? - Ours To Save

There’s a constant battle between conserving existing nature and building new, green infrastructure for our societies. We investigate the row between developers and activists at Copenhagen’s Amager Fælled nature reserve.

Copenhagen has a remarkable global reputation when it comes to the environment – and it’s no wonder, when one considers the city’s plans to become the world’s first carbon-neutral capital city by 2025. The Danish capital is associated with sustainable design, with broad bicycle lanes and efficient public transport infrastructure, and innovative architecture that prioritises green spaces.

However, Copenhagen is also the site of a common environmental conflict; Amager Fælled (‘Amager Common’), one of the city’s few large nature reserves, has become a hotly contested space of late. A row has broken out over the green space in the south of the city – between those who want to conserve it, and those who want to construct a modern, green complex in its place.

The history of the case is long and complex, and deeply entwined with the recent history of the city. Copenhagen in the late ’80s and early ’90s was marked by significant decline, with a number of factors, including deindustrialisation and suburbanisation, combining to bring the city to the verge of bankruptcy.

This came to a head in 1992, when the central government turned their attention to the ailing capital and passed the Ørestad Act, which would see the construction of a new town, Ørestad, on Copenhagen’s southern island, Amager.

Legal protections on parts of the Fælled meant that, while Ørestad grew and flourished around it, so too did the nature at Amager Fælled. Now, the distant hum of the metro combines with the songs of larks and nightingales, and with the trickle of the streams that are home to rare great crested newts.

The Highland cows grazed there by local volunteers share their meadows with herds of roe deer and fallow deer. From the rather optimistically-named bjerg (‘mountain’) boasting all of 9 metres in the centre of the common, it is not just the new skyscrapers that one can see soaring upwards, but also hen harriers and kites. A rare orchid species was discovered in the reserve in 2016, previously absent from Denmark for 27 years.

However, this happy equilibrium is proving to be short-lived. Amager Fælled has transformed once again – this time into a battleground.

The construction of the metro left the City of Copenhagen with a debt of 1.9 billion Danish kroner, to be settled by the sale of part of a nature reserve for development.

The area of Amager Fælled to be built on has been nicknamed Lærkesletten (‘The Lark Meadow’) by those opposed to the construction, whereas the companies behind the construction, By og Havn and PensionDanmark, stress its humble past as a former landfill site.

The only structures already existing on the site were a camping hostel, and, crucially, the legal structures afforded to protected nature areas under Denmark’s Nature Protection Act. Building required the Danish parliament to make the unprecedented move of repealing the status of the site. Jonas Bjørn Jensen, spokesman for the largest party Socialdemokratiet, told TV2 at the time:

“We must engage in a dialogue with the state. I am sure that they can well understand that we need to repeal this protection, if the project is to succeed.”

In 2019, the site’s protected status was repealed. The architecture firm Henning Larsen and consultancy Moe won the contract to build on the site with their design for Fælledby (‘Common City’). They plan to build around 2,000 new homes.

On the project’s website, they describe how the six -storey-high residential buildings will be largely made of wood, and that the new neighbourhood will be constructed according to Denmark’s highest sustainability certification, with an emphasis on recycled building materials and maintaining green spaces.

But for many Copenhageners, these high standards are not enough. The fences that went up around the site earlier this year have proved to be a good canvas for people to voice their opposition to the development, with activists from Extinction Rebellion locking themselves to the fences, and new signs going up regularly that urge observers to ‘Protect the Nature!’, or ‘Remember this when the local elections come later this year’. A petition calling for a referendum on the construction has received over 20,000 signatures to date.

Though the developers and the municipality declined to comment, Ours to Save spoke to two activists.

“Humans cannot live on this planet without damaging or killing; every species eats something or someone. But it’s about finding this balance where humans are not taking everything,” claims Ida.

Her words are not so different from those of Hans Ohrt, the senior project manager from Moe writing on the company website, “There is not necessarily a contradiction between new construction and natural values. With the right approach to planning, we can even actively contribute to increasing biodiversity. What we call ‘urban nature’.”

At the level of the municipality and the developers, however, a further balance needs to be struck that is unacceptable to the protesters – between financial obligations and environmental ones.

Ida asks, “What kind of priorities do we have in society? Is it money, or is it life?”

“What I’m fighting for is not a world where humans should never build a house, or we should not kill another species ever. But I’m fighting for respect towards other life, where we also consider other needs and other ways of being than just the human,” she adds.

Our relationship with nature

Ida’s comments indicate perhaps another point of contention. How do we, as humans, relate to nature? Perhaps the dispute is rather deeper than that between money and nature. Maybe it’s a disconnect in the way we think about ‘nature’ that also brings the municipality into a conflict with its own citizens.

Frej is confident, however, that this particular conflict is not over. He points out that the local elections are on the way in November. A recent Epinion poll for Danmarks Naturfredningsforening (The Danish Society for Nature Conservation) suggests that 76% of Copenhageners oppose the construction. As the election draws closer, Frej predicts that the major parties will draw on the unpopularity of the Fælledby project and campaign against it.

He might just be right – the same poll also indicates that for 62% of Copenhageners, the climate, environment, and nature play an important role in their voting decisions. We can’t strip Copenhagen of its reputation for environmental prowess just yet. But the case of Amager Fælled highlights the complexity of what ‘nature’ really means – and how this divergence in views will affect how we move towards net-zero. What’s for sure is that Copenhagen’s citizens have maintained their personal environmental prowess. Grassroots movements continue to grow, even as the last few larks take wing from the grasslands at Lærkesletten. Ellen Taylor is a student of MSc Global Development at the University of Copenhagen. A graduate of BA Archaeology and Anthropology at the University of Oxford, her interests include the anthropology of sustainability and climate change, international development, and climate justice. 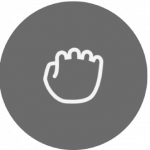 Ours To Save is a new kind of publication that makes it easier to engage with the climate crisis, by harnessing the power of technology and community.

How photography can address climate crisis as a social justice issue